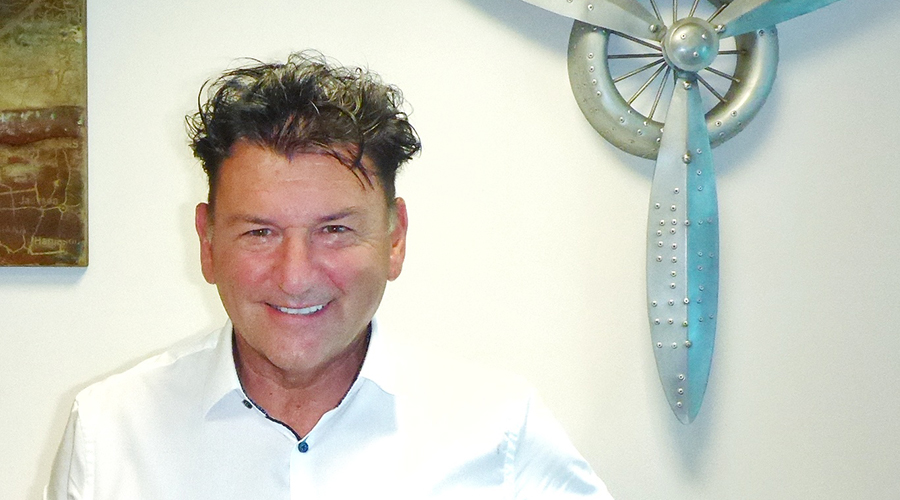 Augsburg International is an official distributor and trusted partner of the most renowned auto parts manufacturers and has become a leading supplier of parts, accessories, oils, machinery and other equipment for the Romanian automotive industry. Founded in 1996, today the company boasts a turnover of almost €130 million and is set to reach €160 million by the end of the year. Here, founder Marius Constantinoiu explains the reasons behind this impressive growth, offers advice about doing business in Romania, and discusses the fresh opportunities available in this rapidly evolving country.

Augsburg International has become a leader in the Romanian market with a turnover of almost €130 million. What are the major business decisions that have enabled this growth?

We started the business here in Romania in 1996, when it was still a developing country and the market was quite empty. It began as a small venture, and I never imagined that we would reach this size – we will close this year with a turnover of €160 million euros. So, one of the reasons for this growth is that we came to the country at the right time.

Also, I’d say another key to success is cultural adaptability. For example, don’t think things are going to work the same way in Romania as they do in Germany. Don’t measure everything by German standards. Instead, try combining your German experience with the Romanian mentality. I was quite guided by the German way of thinking when starting the company: being very serious and direct when speaking with people and offering them good services. Integrating that into the country’s way of doing things is crucial. For example, we had an experience with a company who came and thought they should establish all the German rules – and then they went bankrupt. It doesn’t matter how powerful a company is: if you buy a business here, the customers will punish you if you don’t follow the rules of their country and their mentality.

Where do the Romanian and German mentalities crash, for example?

For instance, here it’s almost a national sport to extend the terms of payment. If it says 30 days in the contract, you can expect payment in 40 days, maybe 60 if you’re unlucky. They do pay – it’s not a question of them not having money, you even have some very rich customers who don’t pay in 30 days. Romanians are very punctual but you have to give them this small freedom. You just need to be tolerant and accept that you’ll get it in 40 days.

It may also take a while to gain their trust. For example, normally when you sell an aftermarket generator, you give them the spare part and they return the old one to you. Twenty years ago, they didn’t understand how the system worked so they were wondering what we were doing with all these old generators – whether we were repairing them and reselling them as new ones. But we just had to take the time to explain the system to them. If you take the time to explain, they’ll trust you.

Another difference between Romanians and Germans is their relationship with their cars. Romanians love their cars and have a very close relationship with them. They invest much more money in car maintenance than Germans. They are also well informed, and for example, want to know what kind of brakes we’re putting on their car and what kind of oil we’re using. It’s complicated for us to sell oil from the barrels, for example. Even if the barrel has the name of the oil written on it, they think you might have swapped the label. That’s why they’ll want to see the five-liter package. These are the kinds of things to take into consideration when working with a client.

What opportunities do you see for your company? Where do you envisage the biggest areas for growth?

Our spare parts business is growing hugely. Over the last five years, we’ve been growing maybe 15 to 20% every year on average. And that’s not just because we’re so good. We are growing a little more than the market by a few percentage points. The thing is, Romania is still growing regarding the number of cars to 1000 inhabitants. For example, in Europe, there are roughly 550 cars per 1000 inhabitants, while Romania has 310. And these numbers have grown a lot over the past five years. Even if you compare Romania with the rest of Eastern Europe, this country is still quite far behind. This has nothing to do with the purchasing power, however. The reason is that Romania used to charge a fair amount if people bought a car from outside the country, so the number of cars was low. Then two or three years ago they stopped this practice and now the number of cars is going back up. And Romanians love their cars – if they have the money, they will buy a car. If they have more money, they will buy a better car. Over the next five years, business is looking very positive.

This also has its disadvantages, however. With the market growing so quickly, you don’t have time to work on your business to make it more efficient: you’re always growing and investing. But you have to run with this growth or you’ll lose the market. Nowadays we are investing more than we are earning, and our money is coming from the banks. So, we have to hope that growth will slow down a bit because this can’t go on forever. And that means we need investors and strategic partners, so we can grow in this market.

German companies should know that they have big opportunities in Romania. And they shouldn’t think too much about the political situation here – it’s not as bad as is perceived.

If you buy a business here, the customers will punish you if you don’t follow the rules of their country

And politicians come and go as well.

Exactly. Politicians change in the same way that society changes. People forget that compared to the 1990s or the 2000s, there are now big differences. Things are changing among the political class, but it will take some time.

Would you be open to investments from Germany or entering into new strategic partnerships?

We have to do it, otherwise we have no future. You can stop growing and lose your market power, or you can find an investor. In Romania, the entrepreneurs who started their businesses in the 1990s are now my age – coming up to the end of their fifties – and they’re having problems with their successors. The kids are doing their own thing, so you have some business owners wondering about selling and what to do when it comes to stepping back. You have this problem too in Germany where young people are not investing in the businesses of their parents, which is normal. But this situation today in Romania is offering many opportunities for investors.

How would you compare the opportunities for business growth in Romania and Germany?

My business grew way faster here than in Germany because over there the market is full. I was lucky that I started at the right time because now to establish such a business is more difficult. Of course, we also have challenges here, the biggest of which is probably the Romanian workforce, with so many people having emigrated. I wouldn’t recommend that young people leave Romania. I would recommend that they work on their career here, maybe working with one of the big companies to accumulate experience.

These are dream times for investors in Romania

Tell me more about what your company has done to mitigate workforce challenges.

Well, previously in Romania it was hard to find people with the right skills. But we gave them the skills and trained them for two months. We are quite famous in Romania for training our people, and we’re actually responsible for changing the market here in Romania. For me, personally, the most important capital in a company is human resources. We don’t pay the highest salary because the main target of a company is to make a profit, but you have to make sure there’s a good atmosphere in the company. If you get the atmosphere right, people will think twice about leaving. Sometimes companies without a good atmosphere compensate with higher salaries, which means they are less profitable.

The workforce will continue to be a challenge in the future, but I tell my Romanian colleagues not to complain. These are luxury problems and we just have to find a solution. Once, you didn’t have the customers but had a lot of workers; now you don’t have a lot of workers but you have many customers. Salaries are going up as well by roughly 10% a year, but this is normal. If your workers move to another company they will get more, so you have to compensate for that.

It’s also good for you if the salaries go up because people will have more money to spend on their cars.

Yes, of course. And we’re seeing the purchasing power go up: people are buying more cars and spending more money. And, of course, we have an inflation rate in Romania of 3% which is nothing for a country that’s growing 4-5% each year. And I’m actually amazed that the statistics say 4-5% because I can cite at least ten different businesses, from bakeries to garages, which are growing by double digits. I’d say that these are dream times for investors in Romania.

Do you have anything else to share with the readers of Die Welt?

Let’s discuss entrepreneurship quickly. What is an entrepreneur? Somebody who takes on a small risk, and doesn’t know exactly how everything is going to work out, but who finds solutions for the problems they run into and talk to people who know the market – people like me who understand the situation in Romania and Germany, for example. That’s why you should be brave enough to come to this country and start something in Romania – you will make a profit here, and have the satisfaction of achieving that.

Related Interviews
Founder - Augsburg International
This site uses cookies for analytics, personalized content and ads. By continuing to browse this site, you agree to this use.OKREAD MORE