Romania at the heart
of Europe

There is no turning back for the leaders of today’s Romania. The country, now with a prime minister and president working with a shared focus to make Romania a more business-friendly and advanced economy, can look back on great progress in the years since it joined the European Union in 2007, while identifying the areas in which work is needed to bring about full convergence with Europe’s leading nations.

The victory of President Klaus Iohannis, winning a second term in November, and his successful designation earlier in the autumn of a new National Liberal Party government under Prime Minister Ludovic Orban, marks the end of a turbulent period in which some of Romania’s advances were threatened and compromised.

“We must work towards the recovery of unity, of institutional dialogue and a path that lays the foundations for solid and long-term economic development,” Prime Minister Orban said on winning a confidence motion in November. 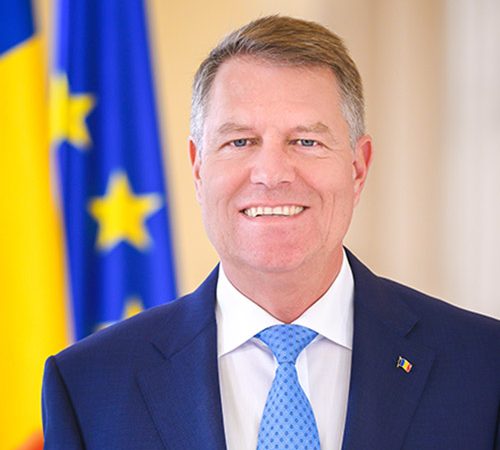 Germany remains one of our closest friends and allies in Europe

The new centrist administration includes a slimming down of government bureaucracy, infrastructure investments, recalibrating economic measures, and reinforcing an independent justice system among its key objectives.

The Liberal government will also prioritize the acceleration of previous policies that have already made Romania one of the most business-friendly jurisdictions in Eastern Europe, including flexible fiscal companies, assistance for investors and grants for startups. International investors are especially sought after to develop the country’s huge potential in energy, mining and agriculture, where Romania is already the EU’s biggest corn producer.

“Thirty years after the fall of communism, the democratic and European option is stronger than ever in Romania,” says President Iohannis, who highlights his aims of deepening the Strategic Partnership with the US and enhancing Romania’s role within the EU and NATO.

The president takes pride in Romania’s handling of the rotating presidency of the Council of the European Union in the first half of 2019, which succeeded in finalizing negotiations on more than 90 legislative files including the Natural Gas Directive, the Directive on Copyright in the Digital Single Market and initiatives to counter disinformation in election campaigns and developing artificial intelligence and the EU’s 2030 Agenda for a sustainable future.

Romania has become an important link in a Europe which not only holds diverse debates in Romania, but also sees them play out in our countries

Trade between Romania and Germany

Workers in the IT sector

Earlier this year, at the EU presidency’s key summit meeting held in Sibiu, an emblem of Romania’s historical connections with Germany, Chancellor Angela Merkel took pains to praise Iohannis’s leadership in turbulent times, while noting the “strong relations” between the two countries. “Romania has developed very well under the presidency of Klaus Iohannis. It has become an important link in a Europe which not only holds diverse debates in Romania, but also sees them play out in our countries,” Chancellor Merkel said at the summit in Sibiu, the city from which the Romanian president, himself a member of Romania’s ethnic German community, hails.

As well as the historic ties stretching back almost 1,000 years to the first Saxon settlers in Transylvania, the connection with Germany is very much alive today, and closer ties with Berlin are a key objective for any Romanian government. With cooperation between the two countries’ automotive sectors as the flagship sector, Germany is Romania’s largest commercial partner, with trade having reached an enormous €32 billion – up from €8 billion when Romania entered the EU in 2007. In 2018, German FDI broke through the €10 billion mark, with close to 280,000 Romanians employed at companies with German capital.

“We are determined to further develop the significant economic potential by attracting more German investors, especially in the areas of innovation and new technologies,” concludes President Iohannis.

Related Articles
Overview
This site uses cookies for analytics, personalized content and ads. By continuing to browse this site, you agree to this use.OKREAD MORE