As the two deeply-linked nations work to advance their commonly shared goals within the EU, German investment in Romania’s robust economy continues to grow.

As the Romanian economy has gone from strength to strength, so too has its relationship with its most important trade and investment partner, Germany.

In little over a decade bilateral trade has quadrupled, while German FDI hit €10.3 billion in 2018. There are around 7,500 companies with German capital active in Romania, employing 226,000 employees and generating turnover of €27 billion. 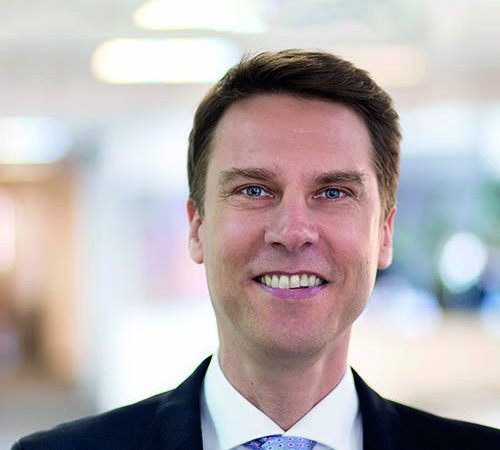 Manufacturing remains the core of German investments in Romania. However, German businesses are also active in the logistics, transportation, energy, and telecommunications, while ample potential has been recognized for the development of co-operation in innovation and technology.

The robust business relationship has been borne out of the deep cultural links between the two nations, largely attributed to the ethnic German minority in Romania. An ethnic German himself, Romanian president Klaus Iohannis, who last met with Chancellor Merkel earlier this year at the European Council Summit, has highlighted that the two nations “share a common approach to the European Union”, with the special relationship being “based on friendship and trust, also drawing on excellent social and person-to-person interactions”.

The German-Romanian Treaty on Friendly Relations and Partnership in Europe is signed, founding the basis of political relations

The German-Romanian Chamber of Industry and Commerce opens in Bucharest

Germany spends 5.2 million euros on measures to support the German minority in Romania

Germany has been a great influence of Romania’s modernization. A century before German investment began supporting Romania’s transformation to a modern, manufacturing-based economy, German-born king, Carol I, was responsible for much of the systematization and modernization of Bucharest during the late 1800s-early 1900s.

But the origins of Germany’s rich heritage in Romania can be traced back to the Saxons who arrived in the 1100s in Transylvania – today home to hundreds of towns built between the 13th and 15th centuries by these ethnic Germans who gained a unique form of administrative autonomy and greatly contributed to the region’s development.

The interwar period (1918-1939) also saw another mass exodus of several hundred thousands of Germans towards Transylvania, with some 40,000 Romanian citizens identifying themselves as ethnic Germans in the last census in 2012.

This ethnic group of German-Romanians (among them President Klaus Iohannis) is deeply ingrained in Romanian politics, culture and business, and promises to continue to play an important role in the nation’s socio-economic transformation over the coming decades.

Aside from the popular Black Sea Coast resorts, Romania also offers the bio-diverse splendor of the Danube Delta and Carpathian Mountains

From lush mountains to sandy beaches, from Bucharest’s thriving cultural scene to ancient towns and precious UNESCO world heritage sites, Romania remains a relatively hidden gem that is being unearthed by a growing number of German tourists.

The tourism industry has witnessed a surge in recent years. The number of foreign arrivals reached a record 2.6 million in 2017, with Germany being the second largest source market after Italy at around 14%. Such is the potential for growth that German tour operator Der Touristik recently took over major local operator Travel Brands in order to bring more tourists to Romania.

The warm climate, miles of sandy beaches, ancient monuments, vineyards and modern resorts have made the Black Sea Coast one of the most popular destinations for German tourists looking for something different compared to the overcrowded hotspots in the Mediterranean.

Other areas of interest include Transylvania, with its ancient Saxon towns and cities, the teeming flora and fauna of the Danube Delta, a UNESCO Biosphere Reserve, and the grandeur of the Carpathian Mountains.

Related Articles
Geopolitics
This site uses cookies for analytics, personalized content and ads. By continuing to browse this site, you agree to this use.OKREAD MORE