The German Chamber of Commerce has been linking German and Romanian companies since 2002 and has participated in the growth of trade and investment over the years. The organization is building on strong momentum, with trade and investment in both directions having more than doubled over the past decade. Sebastian Metz, the organization’s managing director, points to competitive wages, a strong manufacturing industry, and proximity to Germany as key reasons to why Romania is an ideal investment location for German companies.

You have been at the German Chamber of Commerce here in Romania since 2012. How has investment and relationship with Germany developed over the years?

Investment and the relationship between Romania and Germany have been very positive. As I look back at the last 10 years, bilateral trade and investment have more than doubled. In 2009, German exports to Romania were valued at €6.7 billion, and German imports from Romania at €5.5 billion. Now, we are at €17 billion and €15.6 billion, respectively. According to the Romanian trade register, there are 7,500 German companies or companies with German capital in the country. Of that capital, about 45 percent is in manufacturing. Other areas of investment include logistics, transportation, energy, and telecommunications. It is diverse, but manufacturing is the core. The direct employment, as a result of German investment in Romania, is around about 250,000 jobs.

Romania is now in the top twenty trading partners for Germany, and we are number one for Romania. Italy is second, but they are only about half of the German import and export volume. Romania and the other eastern European countries are definitely the foundation for the competitiveness of many German companies internationally. A major part of the production of German companies is outsourced to Romania because Romania offers many advantages for production – the low salaries in comparison to other European countries, the proximity to Germany, the availability of skilled workers, cultural closeness to Germany, and the industrial heritage of Romania are all factors. The German companies are able to produce products here that are not efficient to produce in Germany anymore. This is not just because of the low wages. Yes, the first wave came to benefit from the low salary for labor-intensive work, but now, the highly automated and high performing production sites are what brings German companies here. We have to thank Romania and the other Eastern European countries for this partnership and the win-win situation. The Eastern European countries have benefitted from having the knowledge and tech transfer from us, as well as our financial input into the country that helped it rebuilt the industrial foundation that was destroyed during the Communist era.

Romania is not yet a member of the Schengen Area. What do you see as the impact of this?

Schengen is not a real problem. It is more or less a political area. It is undoubtedly a special area, but not being a member of Schengen does not result in major delays like being held up for ten hours at the border. Yes, being a member of Schengen will create more improvement at the border and Romania will benefit from it, but Romania not yet joining does not dissuade the German business community from operating here.

Romania currently holds the European Council presidency. How would you say the country is doing thus far?

We are not directly involved in the activities of the European Council, but from what I hear, the Romanian presidency is going very smoothly and to a high degree of satisfaction from the other member states. Before Romania took over the presidency, there were questions as to whether Romania was equipped to handle the role, but I haven’t seen that conversation happening anymore.  I’m glad Romania has the presidency because it gives the country visibility. Yes, there are some ongoing political issues which the German business community doesn’t agree with, nor does the German Embassy. We don’t agree with the changing of the judicial system in Romania. However, there is a civil society in Romania that is reacting to those changes and we see that as a very healthy sign that civil society is developing into maturity. We are seeing the emergence of strong European values from the people. What I would like to have is more openness and willingness among Western European countries to better understand the Eastern European countries. We’re not there yet, but I hope the presidency will help with that and create a dialogue.

According to the Romanian trade register, there are 7,500 German companies or companies with German capital in the country

How does the German Chamber of Commerce help Romanian companies enter the German market and vice-versa?

What are the main challenges faced by companies in Romania?

In terms of challenges, there are many. Romanian companies need help upskilling in terms of soft skills such as management practice. In terms of hard skills, technical skills, certifications, and distribution channels require support, and we are also working to encourage investments that are needed in Romanian companies. The bureaucracy for Romanian companies to access bank credits at competitive costs, as well as EU funds, is challenging. We need more tech investment in Romanian companies to make them more competitive. The salaries also make it hard to retain talented Romanians. Demographics and migration the biggest problem of Romania. Once Romania becomes more attractive they’ll return. My proposal would be to focus on increasing productivity competitiveness and to have a step by step approach. We need more competitive companies, and we can do this by investing in equipment and technology and increasing salaries incrementally. Public sector wages have increased by nearly 60 percent and the national minimum wage has increased, but productivity has not increased at a similar speed. People are so focused on the wage issue in Romania, but one thing I am certain of is that people are not leaving solely because of the salary. Romanians are also seeking a better quality of living. This means healthcare, education, clean environments, and the prospects of a better life for their children. Romania has to work on becoming competitive in the quality of life capacity. 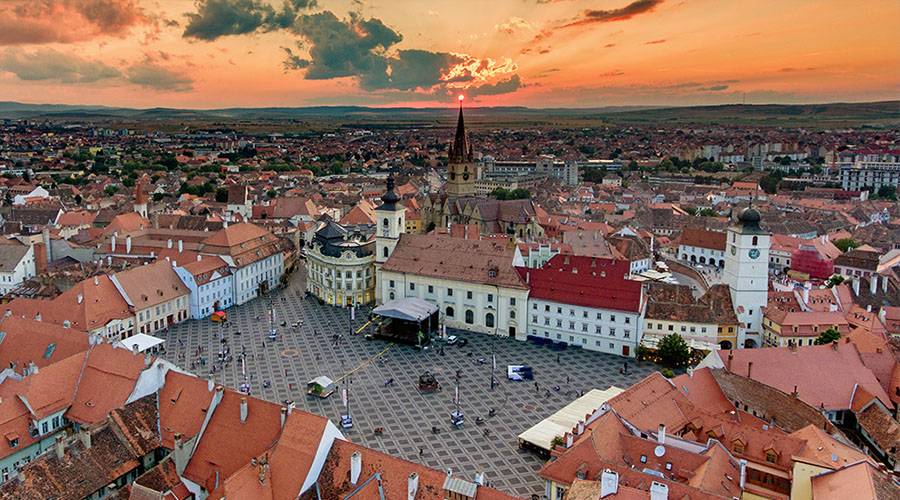 What are the success stories of Romanian companies that are cracking the formula and evolving in very positive ways?

Most Romanian success stories are in industrial areas. We’re also seeing success stories in IT, including the unicorn start-up UiPath, which was managed and founded by Romanians but is now an American company. While there are many bad examples of privatization of communist state-controlled companies in Romania and other parts of Eastern Europe, there are plenty of success stories as well, including in the areas of the automotive, oil and gas, and energy sectors.

Why would you say makes Romanian an appealing location for German companies looking to expand their operations?

Many German companies such as Bosch and Schaeffler and other automotive companies are currently in Romania and are continuing to expand their operations here. The investments from existing companies are significant and new companies are entering the market at a steady pace. We work with German companies to help them get started here; we provide A-Z full support. These are not new companies, they’re family owned and many of them are in the manufacturing industry. They’re not coming to Romania looking for labor-intensive manual work, they’re coming looking for automated production. This is the trend, in terms of the evolution of German investments here. Once the competitive advantage of low salaries diminishes, they have tremendous resources to invest in other areas of production. The local companies are the ones who suffer from this speedy increase in wages. Where are they supposed to find the money to upgrade the technology of the production and remain competitive?  For a German company, they have some leeway because even if Romanian wages increase, they are still competitive to German wages. This can create an unbalanced power balance between foreign and local companies, which is not our aim. There is also an infrastructure problem in Romania. Most German countries are based in Transylvania and some in Bucharest, where the infrastructure is the most accommodating.

Related Interviews
Managing Director - German Chamber of Commerce
This site uses cookies for analytics, personalized content and ads. By continuing to browse this site, you agree to this use.OKREAD MORE