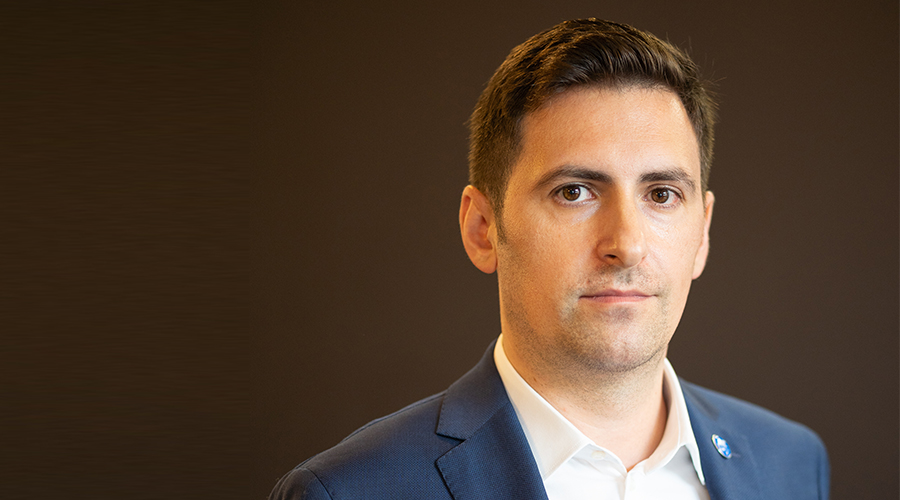 Frigotehnica is the leader in industrial and retail refrigeration in Romania, and its clients include some of Germany and Austria’s biggest supermarket chains, such as Lidl, Billa and Kaufland. With such global partners and new financial support from the investment platform ROCA, the company is poised for significant expansion on the back of new store openings across Romania and the Europe-wide implementation of EU legislation to transition to more environmentally friendly refrigeration systems.

What have been the leading developments at Frigotehnica, and what are your plans for the near future?

Frigotehnica was the second company to be supported by ROCA, a new investment platform created to help Romanian companies and brands. This investor has brought new energy into the business and is open to our plans for expansion in Romania and elsewhere in the region. We are also present in Bulgaria and in Ukraine, and we have done some business in Czech Republic and Slovakia. In the past we have also had business with countries like France, where we did an audit of cooling systems for an important international retailer. And this year I am in very close talks with a potential partner in Hungary that we will probably start working with shortly on a project for a fruit and vegetable warehouse facility.

You can trust a partner like Frigotehnica, which is already working with German giants: that is a good calling card

How does Germany fit into your international plans?

We have already done some projects in Germany for the Schwarz Group, which owns the Kaufland and Lidl brands. After we build the structure in Hungary, we are considering doing the same in Germany. We already know the market there, as our most important customers are headquartered in Germany: Rewe, Real, Metro and Schwarz Group are important customers for us. With Rewe we have developed good business in several countries, not just in Romania. And Germany is an attractive market for us, as it is for workers: the welders are an essential link in the refrigeration industry, and many of them have moved to Germany from Romania, Poland and Bulgaria because of better salaries. I see an opportunity there. I know there is a lot of competition, and there are mature companies there already, but I feel there is still space for more, especially with F-gas (fluorinated greenhouse gases) regulations from the EU mandating member states to replace the old refrigerants with more environmentally friendly gases.

How exactly is EU legislation to control F-gases going to help your business?

The F-gas regulations are phasing out fluorinated greenhouse gases found in many types of equipment such as supermarket refrigeration systems. This involves retrofitting existing stores to replace the old refrigerant, taking out the whole equipment and bringing in a new one; and fitting new stores with new technology. The directive says that by 2020 you cannot use common refrigerant in new stores anymore. In older stores it is allowed until 2022, and by 2030 there will be a complete ban.

How much work are we talking about?

If you look at the Schwarz Group, which has the Kaufland and Lidl brands, you see that there are 650-700 Kaufland stores and thousands of Lidls in Germany. And there is also Rewe and the Metro Group. And many of these have already started to retrofit their stores to replace the old refrigerant, which is something that you can’t just take out and replace with the new one: the whole system needs to be changed. This requires time, resources, people with the right knowledge.

I see this company as an important regional player in the refrigeration industry.

And the fact that most of these groups have a presence in Romania has allowed them to familiarize themselves with your company?

Yes, as well as from our presence in Bulgaria and Ukraine. These companies have strict rules and standards, and they perform checks to ensure that they maintain the same standards in Romania. These F-gas regulations give us an opportunity to do business with international companies that are opening new stores and also retrofitting all their existing stores, which number in the hundreds.

What types of suppliers do you work with?
We are working with top producers, we have top equipment and companies, but we are flexible. Some customers have a different budget, and we can accommodate both kinds: for premium solutions we have partnerships with companies from Germany, Italy, France and Austria. For electronic spare parts, Denmark is also an important partner. From Turkey and Romania we have  producers that makes simple products of an acceptable quality.

Our retail line involves work for major international retailers like Rewe, Carrefour, Metro, Billa and others. Our industrial department works with breweries, milk processing plants, meat factories and ice rinks, to mention a few of our customers. And our third line is complementary, as it provides services to the industrial and retail segments with a focus on saving energy and finding environmentally friendly solutions for the customer. Right now we see a possibility of growing our industrial line in Romania and elsewhere. Last year it represented around 10% of our turnover, and this year we aim to reach 16% to 20%.

For another three to four years, retail expansion in Romania is going to mean

Romania is still catching up with countries like Austria in terms of its retail store network. How much business can you expect from this extra need for refrigeration?

I travel a lot to Austria, we even had an idea to open up a structure in Austria, where I discovered that despite a population of 10 million and half the surface area of Romania, they have 4,000 to 5,000 discount stores, supermarkets and hypermarkets. Romania, with double the space and a population of around 20 million, only has 2,500 stores, so there is clearly room for growth there. Our own customers also feel this way. Profi, the Romanian retail network of supermarkets, this year opened 1,000 stores and they have plans for 500 more in the next two years. Kaufland is also expanding and planning 100 new stores in Romania because of their good results here. So for another three to four years this retail expansion is going to mean good business for us.

Many Romanian companies that grow in double digits, as your own has, say they have trouble finding financing.

We are not financially stressed. There was a very hard period during the economic crisis, but now we have support from ROCA and we are much stronger. We are trying to find synergies with other companies that this investor has in its portfolio, and we have plans for regional expansion in Hungary and elsewhere. This requires a careful strategy plan: we don’t initially go into a new country with a huge structure because it means a big investment. We start with two or three colleagues at first to prepare meetings with customers and show them who we are and what we can do for them. If the business grows, then the structure grows. If we see an opportunity, we invest. We have full support from ROCA on this.

Where do you see the company within the next five years?

I see it as an important regional player in the refrigeration industry. I would like to grow faster in Bulgaria and Ukraine, where I see good signs in the wake of the Crimea crisis. We would like to start growing in Hungary, and if there is an opportunity to open branches in other countries like Czech Republic or Slovakia or Germany, we will take it.

What are the key elements that describe Frigotehnica?

Professionalism: we keep our promises; we build on trust. You can trust a partner like Frigotehnica, which is already working with German giants: that is a good calling card. We also work hard to promote green solutions, as this is the future. Even if the upfront costs are higher, down the line it makes business sense. And when you see the news about climate change, it feels good to be part of something like the implementation of F-gas regulations, to do our part for the environment.

Related Interviews
CEO - Frigotehnica
This site uses cookies for analytics, personalized content and ads. By continuing to browse this site, you agree to this use.OKREAD MORE