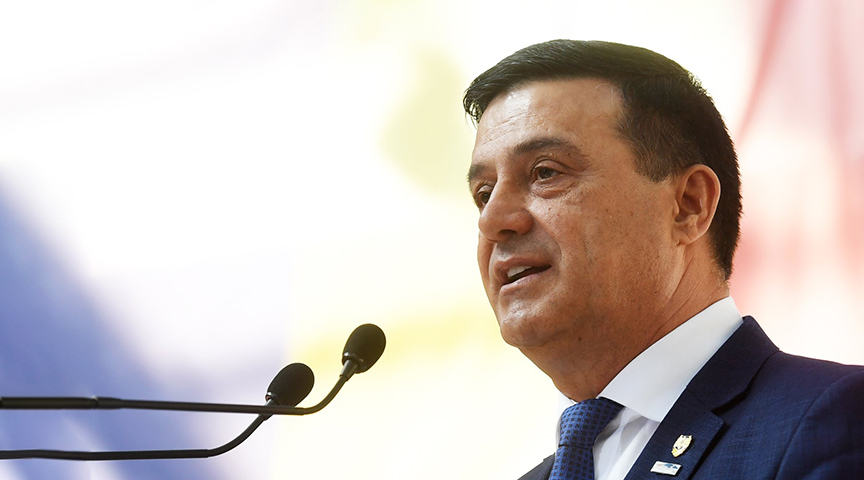 Posting impressive economic expansion over the past several years and 4.1% GDP growth in 2018, Romania is seeing the fruits of economic restructuring come to bear. Romania’s Ex-Minister of Economy Niculae Badalau discusses recent developments and opportunities in the Romanian defense and mining sectors, his industry’s role in guiding the growth of the industrial sector in the country, and the structural reforms his country has put in place.

You became Romanian Minister of Economy in 2018. What are your main achievements and current priorities?

I’m about four months into my mandate as Minister. When I came in, we were tasked with serving as the lead to reindustrialize the Romanian economy. We tried to create a model in which industry is a main economic growth area. At the ministry, we are focused at the moment on the defense and mining industries. We are an EU and NATO Member State. In regard to the national defense industry, when we entered NATO, we had to change to a new weapons system to comply with NATO standards. Because we didn’t have the necessary technology, we developed partnerships with important firms, both European and American. Now in Romania, we produce Piranha armored troop transport in partnership the company General Dynamics. We also produce the 808 troop carriers in collaboration with Rheinmetall, a German defense company. Right now, there is a conversation in the EU about the establishment of a European Defence Fund, which would be €14-15 billion in investment in defense. Our challenge in the defense industry is to create production capability. After decades of being in the Warsaw Pact, we have had to change our whole system, and we have missed out on many years of research and development. The technology is transferable in many cases, but the European approach is very different. The only solution is to allow European firms to help us develop the capabilities, and we’re doing this successfully.

Romania also has important mineral resources. For almost twenty years, we haven’t exploited them efficiently or at all. At the moment, our gold reserve is one of the top in Europe, as are our copper reserves. By 2021 or 2022, the European automotive industry will implement new stricter standards. As a result, one of the new areas we’re working in is hybrid cars. Hybrid cars require mineral resources like graphite and cobalt for the batteries. We haven’t exploited those resources in Romania yet. Right now, we have 28 prospection approvals granted with foreign firms. Four large European capitals – Paris, Bern, Brussels, and Barcelona – have EU directives for clean cars in effect right now. This is increasing demand for hybrid and electric cars, which will change the whole automotive industry.

When I came in, we were tasked with serving as the lead to reindustrialize the Romanian economy. We tried to create a model in which industry is a main economic growth area

In terms of the mineral sector, do you have local partners who can work with these international firms and investors?

It’s a little complicated. We cannot infuse capital in a mining operation because it is considered state aid. Instead, we work with private firms and work to enable them to succeed. A lot of companies have shown interest in the Romanian metallurgic industry, in Europe, Turkey, China, and others. China is particularly aggressive because of the goals of the Belt and Road Initiative.

What are the main directions and decisions that you have made in terms of the industrial policy of the country?

We’ve examined several different models for industrial policy. The German model is what I prefer. Germany has opted to have a lot of small firms and several large firms that integrate these products. France has big companies in which the state has influence. I think the German model has created more jobs and value-added chains. In the Romanian defense industry, I have encouraged many firms to come in and produce components that will then be assembled in our large companies. Our ministry must act as a market regulator to balance the market, and I think the actual production needs to be private, not under state control. The state doesn’t need to be a manufacturer, it just has to regulate the market, looking at the commercial balance sheet and trying to tweak with different diplomatic tools to create stability and ease for private firms. I, for one, would like fewer imports and larger exports, but it takes time to build that state capacity.¡

Bringing competitive salaries to the market has been a priority for the Romanian government to prevent “brain drain.” Tell us more about this.

As an EU member, we don’t have a problem with external migration. We have a problem with internal migration inside the EU. If a country creates good conditions and good salaries, we’ll be in a situation where people follow the salary and go to that country. Romania has lost a lot of experts to other countries with better wages. One in five young people leave Romania. For 45 years we were under Soviet control, which we are still feeling the effects of. We raised the wages because we had to secure healthcare for our population. We had to raise wages for teachers, and we had to raise wages and enforce a minimum salary for construction workers. We don’t have a lot of construction workers and we need them. We have money, we have projects, but we don’t have the builders. They will come back when Romania is a more attractive option, and we are working towards that.

For the small companies with under €1 billion turnover, we’ve fixed the tax rate at 1%

I think of the EU as a whole. There are people who try to separate us each country by our interests. We should think about the European people, not just the Romanian people. Economic policies should translate across borders. Movement within the European Union is healthy for us all and keeps us competitive. Young people will go to the country with the most attractive jobs and quality of life. German people can come to Romania and vice versa; we’re all Europeans and movement is free. In each member state we need to find economic niches and differentiate ourselves so that we can uniquely contribute to adding to the value of Europe. No matter how much I brag about the Romanian auto industry, I can’t compare to Germany, and I can’t compare Romanian wine with French wine. We want to create competition in Europe and create regulation for non-EU products. External products that aren’t certified should not be sold in the European market.

How would you describe the economic relationship with Germany?

Economic cooperation is the foundation of our relationship with Germany. Inside the Economic and Financial Affairs (ECOFIN) Council, no one talks about partisan politics. These people talk about how to develop their countries, and Germany is no different. I hope the ECOFIN will come to Romania. I see the possibilities of creating big ventures with serious European firms. They can bring the technology, we bring the resources, and we create value add for both countries. The best deal is the one where everyone wins something.

Do you think policymakers and investors have perceived the reality on the ground in Romania in an accurate way?

As Economy Minister, I will never be satisfied with the volume of foreign direct investment in Romania. In every meeting I have, I advise the partners, German or otherwise, to bring on Romanian partners in their businesses. We have our challenges though. Some parts of the country around big cities have a workforce deficit. We need a more balanced approach inside the country. Companies make their own analysis about where they would like to set up shop and it is very difficult for me to tell investors to build their factory somewhere else due to a lack of workforce in their preferred location. 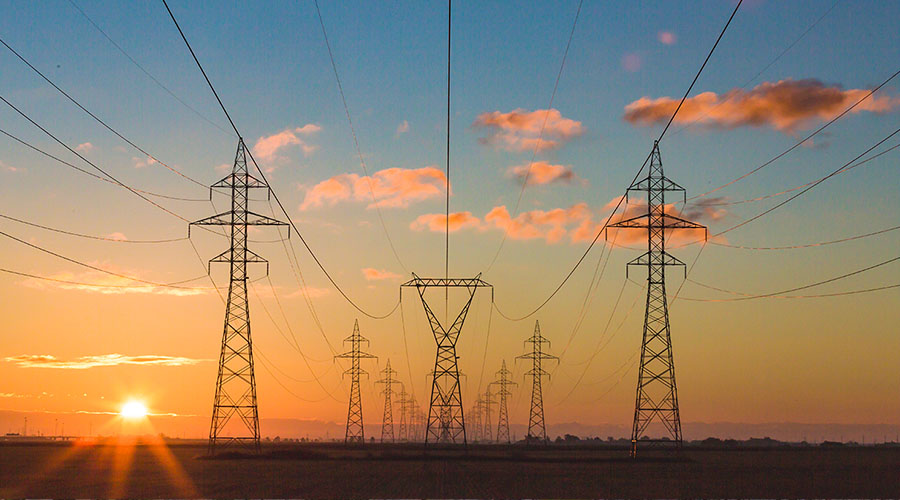 0 Article, Romelectro powers ahead in Romanian energy sector and aboard
•Energy

By making a fixed low tax rate and reducing corruption, we’ve greatly improved the system for both the companies and the government

Romania posted economic growth of 4.1% last year. What is your forecast for the coming year and what are going to be the main driving forces of economic growth in Romania?

For the coming year, I want to bring down the trade deficit. Investments bring added value, decreasing the budget deficit to 3%, as the EU regulation requires. Romania still has a lot of bureaucracy, and we’re working to greatly reduce that. We’ve introduced legislation to reduce corruption. We also revised the tax code. For the small companies with under €1 billion turnover, we’ve fixed the tax rate at 1%. Despite lowering the taxes, we actually got more money for the budget because people actually paid their taxes. With high taxes, nobody paid them. We discovered that despite sending out armies of people to control and collect taxes, companies managed to find loopholes. There was also a lot of corruption. By making a fixed low tax rate and reducing corruption, we’ve greatly improved the system for both the companies and the government.

Some private sector companies were unhappy with recent minimum wage hikes in Romania. Can you tell us about this decision by the government?

People were reaching the pension age and companies hadn’t paid their contribution to ensure workers received the pension they deserved. We needed to transfer funds from the state budget to the pension budget because there wasn’t enough money. Companies are always happy if there is zero tax but companies here have a responsibility to the country and their employees. We had a problem with large companies and the recapitalization of profits. Companies have to develop their own policies, but I also think that the company has a responsibility to the state and the investment that the state makes in them. We found that companies were capitalizing all their profits outside Romania. We never had the expectation that the entirety of the profits should remain inside Romania, but if you are making profits here, it is hard for me to build infrastructure if the company relocates all of its profits elsewhere. We need to find a balance.

Romania holds the EU presidency. What were your hopes at the start of the presidency in terms of objectives and how is your progress so far?

We were a bit apprehensive to take the helm in Europe at the start because Brussels problems are totally different than national problems. There is a different approach, and economy is a particularly important aspect of the EU’s portfolio. However, I have an incredibly professional and effective team and we are working under a strong mandate. There are elections next month. We are working to close dossiers, but it’s very complicated because everyone is campaigning. We managed to close eleven files, ten legislative and one non-legislative. I can’t compare our effectiveness to others before us though; we were lucky to come in at the end of the mandate where everyone is trying to close as many files before the elections as possible.

Related Interviews
Ex-Minister of Economy
This site uses cookies for analytics, personalized content and ads. By continuing to browse this site, you agree to this use.OKREAD MORE