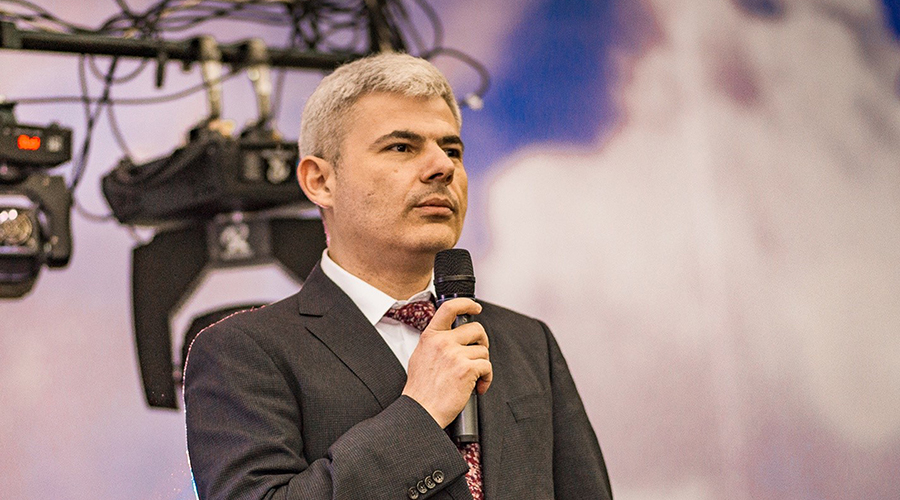 Remus Vulpescu took over as CEO at ROMAERO in 2017 tasked with stemming years of losses at the aerospace company. Here, he explains how the company formed in 1920 is turning the corner largely thanks to increased business in maintenance and repair services for civil and military transport aircraft as it also boosts staff numbers and training levels to raise the standards of engineering for future defense projects.

What strategic course are you on as CEO of ROMAERO?

We want to place ROMAERO on a path of convergence with global-footprint corporations in aerospace and defense. Business cycles in commercial aerospace and defense, respectively, tend to balance each other. If we look at the past 20 years, we can see that if defense is not enjoying steep growth, commercial aerospace will be – and vice versa. Another reason for us to redefine the identity of ROMAERO as an aerospace and defense company is R&D; the major technological advances of humanity are first seen in this sector. As a company that is striving to become one of Romanian industry’s flagships in Europe, we want to show the high intellectual potential that we have, thanks to the country’s education system. Romania is, and has been for the last 50 years, a country that invests tremendous resources in educating its population. For example, Romania is number one in the world in terms of the number of inventors per million inhabitants. We also see many young Romanians becoming prominent professionals in their companies, either in Romania or abroad. So we don’t want to just to be a company that exists thanks to the fact that labor is cheap in Romania, but rather increase our competitiveness and be attractive to larger corporations. For those partnerships, we also strive to provide value through our intellectual resources. In the last two years, for example, we have hired more than 400 aviation professionals, and this has rejuvenated the company; our average age has been reduced from 53-plus to around 46-years-old. And we will continue to push this forward to the low-forties to help sustain long-term programs. Commercial aircraft, for example, typically have a life cycle of at least 30 years. Military aircraft and other major defense projects also have such life cycles.

We have hired more than 400 aviation professionals, and this has rejuvenated the company; our average age has been reduced from 53-plus to around 46 years old and decreasing

What steps have you taken in an attempt to return the company to profitability?

This company has been incurring losses over the last 12 years, but we are on a path to eliminate those losses. My mandate, stretching up to July 2020, is to find a solution to the historical debt and to eliminate losses, something that may already happen in 2019. One important issue is the long-term endowment programs announced in December 2016, after the most recent national elections in Romania, of which at least one has actually started in a way that will actually involve Romanian companies. There are signs that the Romanian defense industry can be involved successfully, and contribute to the acquisition of state-of-the-art military technologies by Romania as a NATO member state. Supposing that this is the way things are moving, we are taking part in several partnerships that are meant to provide an infusion of high-tech to the Romanian air force, land force and navy. We have started a strategic partnership with Rafael, which is a very important defense supplier in Israel that manufactures highly advanced anti-tank missile systems, purchased by the US, Germany and Romania. We are proud to be the technological integration partner for those products in Romania, for the maintenance and production of its systems. Another partnership that we worked very hard to initiate is with Sikorsky, one of the top names in helicopters and acquired by Lockheed Martin in the US. Sikorsky still has a helicopter factory in Poland, and we believe that those helicopters made in the EU can cover many of the needs of the Romanian military and Interior Ministry, so we are striving to boost their profile as we believe they are a good replacement for the old Russian-made helicopters currently in service. In terms of commercial aircraft, the effort to turn things around in the last two years has allowed us to conclude a first very successful maintenance season with the largest aircraft transport operator in the EU, Ryanair. This proves that we can comply with quality and planning requirements, and with the necessary intensity of labor, hence out confidence that the company is on the right path to get rid of the problems that have caused those massive losses over the past 12 years.

What is your appraisal of the issue of human resources and infrastructure in your sector, and how it impacts your objectives and capabilities?

Romania does not excel in infrastructure in general. However, here in the Bucharest area, Romania has one of the largest aircraft maintenance infrastructures in Central Europe, if not the largest. Up to 12 aircraft can be accommodated simultaneously; our challenge is to staff it with young professionals, some of whom are working abroad. Money is important in this challenge, but it is never the only driver. We believe we are about to find the solution, combining higher wages with other non-tangible rewards, such as recognition, promotion opportunities and even freedom to go and work temporarily for foreign companies. This benefits everyone as there is so much business-culture learning that takes place when someone goes to work in a different environment, moving from southeastern Europe to Germany, for example, or in Spain or the UK. We don’t actively encourage this, but we don’t try to prevent things that cannot be prevented. The freedom of movement of people, goods and capital is the essence of the European Union. We allow that to happen and try to help them to have a good experience, and we believe they should have good reasons to want to settle in Romania when it comes to founding a family, for example. Another factor is internal migration in Romania, and we are fortunate to be in Bucharest, which is probably the most attractive city in the country. Many Romanians look at Bucharest before deciding to move abroad. We only have 1,000 jobs here, but that is more than when I took up this post in 2016, when there were just over 700 employees left after a decade of continuous layoffs. We believe we can accommodate up to 1,200 or 1,300 employees, working in two shifts for the industrial manufacturing side, and as need in the MRO (maintenance, repair and overhaul) business, where an aircraft needs to spend as little time as possible on the ground.

Romania has committed to spending one billion euros a year until 2026 to modernize its military. What opportunities does this plan represent for ROMAERO?

We are only targeting a piece of the cake; we don’t want to choke. And it is no fun eating the cake alone, so we like to team up and include other Romanian industries in our partnerships if there is a natural fit. We are targeting a slice of the maintenance budget for the equipment worth one billion euros a year that the government has stated that it will spend for several years to come. Romania still uses old Soviet technology, and the military looks with great respect and high expectation to NATO defense technologies. Since becoming a NATO member in 2004 and joining the EU in 2007, Romania has acquired Western defense technology. But maybe this alignment is not complete. We see that when Russian helicopters and aircraft are still being used in NATO missions or in EU programs. First of all, the Romanian authorities have stated that there is a need to change this, and we are trying to provide opportunities for the Romanian military to acquire and sustain Western defense products in Romania. Assuring the security of supply is a key issue. Only over the last 30 years, we can see that alliances are susceptible to change. We are not really orienting ourselves to manufacturing products that are already made in the EU, but we believe that maintaining the operability of the equipment in Romania is very important. Keeping parts available is much easier and often makes more sense than building factories; and this service is definitely needed, whereas a factory may not be needed. This approach gives a lot of peace of mind to the end users as they rely on the maximum availability of their equipment. 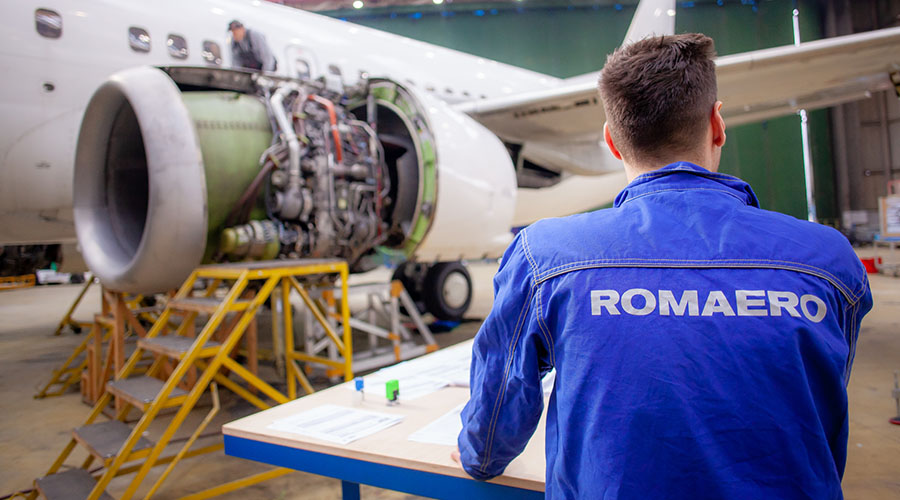 The effort to turn things around in the last two years has allowed us to conclude a first very successful maintenance season with the largest aircraft transport operator in the EU, Ryanair

Have you developed relationships with German companies in your sector?

We have had meetings with German companies, which I am not going to name, over the past two years regarding the possibility of maintaining their equipment in Romania. If the defense programs involving that type of equipment were to start in Romania, we are confident that our partnerships with German companies will become more concrete and bring visible progress. So far, it has been a case of getting to know each other better – among top management and engineers. We try to ensure that the training of our people is up to the standards of German enterprises because we believe there is a gap and that this gap can and should be bridged. So, hopefully, those defense programs will start at a time when we are 100% prepared to act as trusted partners of German enterprises. Maybe the EU’s Permanent Structured Cooperation (PESCO) is something else that will bring our country opportunities. And as a state company, ROMAERO will always support the strategies and policies of the Romanian Ministry of Defense and the Ministry of Economy in a way that can and should benefit its private shareholders. We can develop partnerships with both foreign and Romanian companies, and this will create value for all shareholders.

What is your message to institutional investors from Germany or other international markets?

Being on the stock exchange is a permanent exercise in transparency for us. The Romanian capital markets are still not very liquid. The country has yet to become an emerging market in terms of capital markets; we are much closer to frontier market status. But there is a concerted effort going on to bring the Romanian Stock Market up to emerging market status. I have also been part of those efforts in previous positions, and I am sure that will happen. When it will, more and more Romanian listed companies will have access to funding in the capital market. So far for ROMAERO, this is not very easy to bring about, also because of the high level of historical debts. An international investor has no reason to buy ROMAERO shares for their dividends, but what we think they can do is note our progress in the turnaround of the company and consider our shares interesting in terms of resale after a while, when the value of the company increases considerably.

Related Interviews
CEO - ROMAERO
This site uses cookies for analytics, personalized content and ads. By continuing to browse this site, you agree to this use.OKREAD MORE