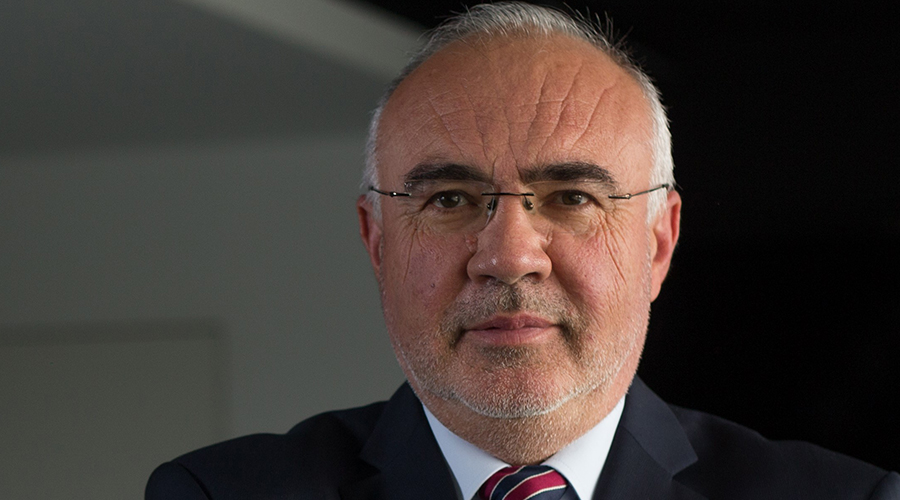 Founded in 1990, CON-A is one of the giants ruling over Romania’s construction industry. It has become the leader Transylvania and is now the country’s biggest private-owned construction company. From construction and design to building materials sales, they offer a wide range of services, cementing their hold on the market. Here, founder and president Mircea Bulboacă discusses the evolution of CON-A and of Romania itself, explaining why now is the time for foreign investment in the country.

You founded CON-A in 1990. Today it is one of the most impressive construction companies in the country. From your point of view, what are the most crucial business decisions that have made the company into what it is today?

I used to work for a state-owned company during the communist era, alongside 600 other employees. Then the revolution happened and there was a lot of chaos, both in the industry and beyond. I decided that this was the opportune moment to leave and form my own company with two other employees. Also, since people in the industry were left unemployed because many of these state-owned companies closed and the unemployment rate exploded, I took welders and mechanics from these companies and I founded my own company in the construction sector with them. All these people turned out to be very good professionals, and very exact. Another very important decision came in 1997, when I decided to focus on industrial construction: for the first time in Sibiu, there was a need for industrial construction. And that has proved to be such a good decision because the company has been growing very well since then.

After the completion of the Wenglor factory, many investors came to us due to the quality work we had delivered

Exactly. Then, the third crucial step for the company came in 2001. We had a meeting with the then-mayor, Klaus Iohannis, and he laid out three things he wanted Sibiu to develop. Firstly, he wanted Sibiu to develop economically; secondly, he wanted to develop Sibiu’s infrastructure; and finally, to develop the city’s culture and so he did. Then, in 2001, the first German investor came. The company was called Wenglor: they made sensors, and they wanted to come to Sibiu. They made the connection with CON-A through the German forum and we built their first turnkey factory. And that was basically the first project that established us with the German community. After the completion of the Wenglor factory, many investors came to us due to the quality work we had delivered. Then, if they decided to stay in Sibiu and set up a factory, CON-A would be their first choice of partner for this kind of work.  Since then the industrial portfolio of our company has grown to over seventy factories built in the entire country for companies like Wenglor, Bosch, Continental, Daimler, IFM, ThyssenKrupp Bilstein. Beside these clients, we have a long-term collaboration with Pirelli, in Slatina, where we have built over 240.000 sq m, about 80% from the entire production facility – the largest they have in Europe.

I’ve also seen the beautiful stadium that you’ve been working on. Would you say that this is one of the most impressive buildings that you’ve built?

Yes, the stadium we built in Craiova is really beautiful, and CON-A was the main contractor. When we finished the work in 2017, the stadium was ranked fourth on the Stadium DB list for Stadium of the Year. There was one in the US, one next to Paris, one near Moscow and our stadium in Craiova came fourth. It was very low budget, especially in comparison to the others on the list.

We need to all work toward the new Europe

Since 1997, CON-A has focused on industrial works, but the company also covers many other areas. How are these areas in balance with your industrial work?

Industrial work still makes up over 50% of CON-A’s portfolio right now, but that’s not our only area of expertise. We’ve also completed commercial spaces like the one in Sibiu with Carrefour, for example, and we’ve worked on similar projects in several other cities like, Constanta, Targu Mures, Galati, Deva, Braila, etc. We’ve also built stadiums similar to the one in Craiova and airports, such as our work on the terminal at Sibiu airport. We tend to focus on challenging works. Also, I believe we’ll soon be experiencing a period of stagnation in industrial works. For the future, bearing the company’s sustainability in mind, we also take into consideration working on public works.

Unimat, which is selling building materials is also an interesting part of the business, with the considerable growth it’s experiencing. Could you expand a little on the concept?

Yes, Unimat is very interesting, because we offer consultancy on top of selling commercial building materials. Customers will for instance explain to us the kind of work they want to do, and they’ll then be guided as to which materials they will need. We are hence not selling materials in a store—it’s selling with consultancy. Sometimes a constructor will tell you the different materials and brands he likes to work with. But when you go to Unimat they will expose you to all the materials from that category and they will tell you the difference. As a customer, this allows you to choose the products you believe are the best for you, best deal for price and quality

That’s a really unique concept. You have also worked with Daimler, Bosch, DM, B Braun—some of the top German companies.  What would you say are the requirements of these companies and what does CON-A deliver to them?

I’ve always liked working with German companies because German people are very exact, and for any kind of construction works you need a plan detailing “what the purpose of the construction will be” and “what we are constructing”. We need to understand everything about the planned construction project in order to deliver the best product. For example, when working with IFM, which produces very sensitive electronic sensors, it was very important that we understood the temperature required by that environment. And that’s why I really like to work with Germans: they are very reliable and can deliver all the necessary plans beforehand. I am a very precise person, so I believe this creates a natural synergy between German companies and CON-A. At CON-A, we design and build. We work with architects and engineers on the concept at hand to meet the requirements of these big companies.

Things haven’t been great over the past few years for Romania’s construction sector. But this seems to be a unique opportunity for CON-A in the sense that the company has actually survived this period very well: you’re entering this new phase of growth from a very strong position. What trends do you see emerging in the construction sector?

I think that the trends are positive. And that we will see continued growth in the construction sector in Romania. But we are about to witness a stagnation period when it comes to private investment. Romania needs the state to invest in infrastructure and public works. And this will be the next phase of growth to impact the construction sector. We’ll have to see when the state is going to do this.

I also think EU funds are very important. Romania needs growth, railways, and hospitals – all these things actually need to be done by the state. Hopefully, the private companies will continue to access EU funds and I think that this is going to be integral to the development of the country, helping also the construction sector As construction company, we have worked using European funds on previous projects and brought them successfully to completion. We are hence very capable of working on these kinds of projects.

We tend to focus on challenging works

As a company, you have continuously shown an ability to live up to the standards of the big companies’ very complicated requirements – German ones in this case. What can Romania do in order to attract more investment, and show that it is a country that more than surpasses its image?

German companies bring a lot of discipline to the economy but in order for companies to come, there needs to be clear legislation, creating a stable, predictable environment for business. That is what is important for these companies. When these investors come, they need to know that their economical environment is not going to change over the next few years. Professional education is also lacking – CON-A is conducting a lot of specialized training in the field because we’re lacking good specialists. Also companies have chosen successfully to train the workers during production, to pass the know-how while the business is already running. One big quality the Romanian people has is that they are very hard working, but also adaptive and quick learners, so from this point of view Romania is a very attractive destination for investment.

We also require a reduction of bureaucracy and clarity in the construction laws. We have to chase after so many approvals and documents, all of which could be reduced. Another important point is our lack of infrastructure and its importance. Without infrastructure, certain areas are underdeveloped even now. If we had better infrastructure, investors would be even more inclined to build factories and invest in new business.

What is your overall message to the readership of Die Welt?

Companies from Germany should come and invest in Romania because it is a country with very big potential and in the actual context, a very safe country. They should not fear the unknown, the variables, or the challenging environment. I hope that all European countries come together to participate in building the new Europe. Everyone will have to do their fair share, and Romanians in that sense are very pro-EU. It’s all about unity: we all need to work toward the Europe of tomorrow.

Related Interviews
President - CON-A
This site uses cookies for analytics, personalized content and ads. By continuing to browse this site, you agree to this use.OKREAD MORE