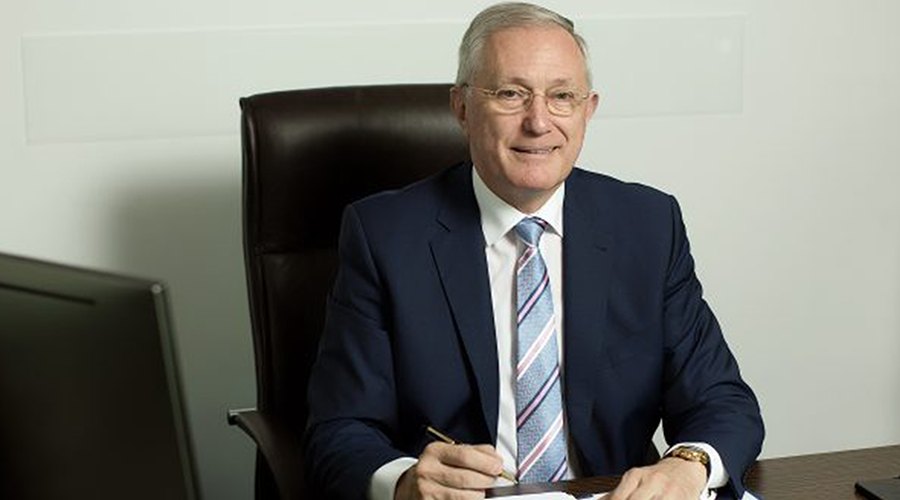 Since starting in 2009, MET Romania Energy has gone from strength to strength, expanding via mergers and acquisitions and incorporating vertical integration into its business strategy. The company is part of the MET Group, which is an integrated European energy company headquartered in Switzerland, and has risen to become one of Romania’s top three energy suppliers in just a decade. Here, MET Romania CEO Petre Stroe explains how the company has evolved so rapidly over the years and shares its plans for the future.

Tell us about your professional background and trajectory.

I’ve designed nuclear technologies as an engineer and have also worked in the Ministry of Energy and various state-run companies. I then joined a Romanian company called Axpo, where I was CEO for ten years before being appointed by MET. It was a very young company at the time and unheard of on the market in 2015. Then, in 2016, top management decided to expand through mergers and acquisitions, buying one supplier in 2016, and another in 2017. We’re now among the top three energy providers in Romania, and we’ve held this position since last year.

You have a very technical background, which makes your approach to this business a slightly different one…

Yes—I’m an engineer so I’ve worked in the equipment factory, and in thermal power plants when everything was about the maintenance and building of a powerplant. I know what goes on behind the scenes in a thermal powerplant.

Then MET Group also has a very strong focus on trading, even from a financial trader’s perspective—so it seems that MET Romania Energy differs from the MET Group itself.

Yes, that’s very true. When you enter a group, it’s important to educate yourself about what they want, as well as to push from the other side and bring something yourself. We have a different way of looking at the market. I pushed the new concept of supplying both electricity and gas to the same customers and succeeded in convincing the group to adopt this strategy. 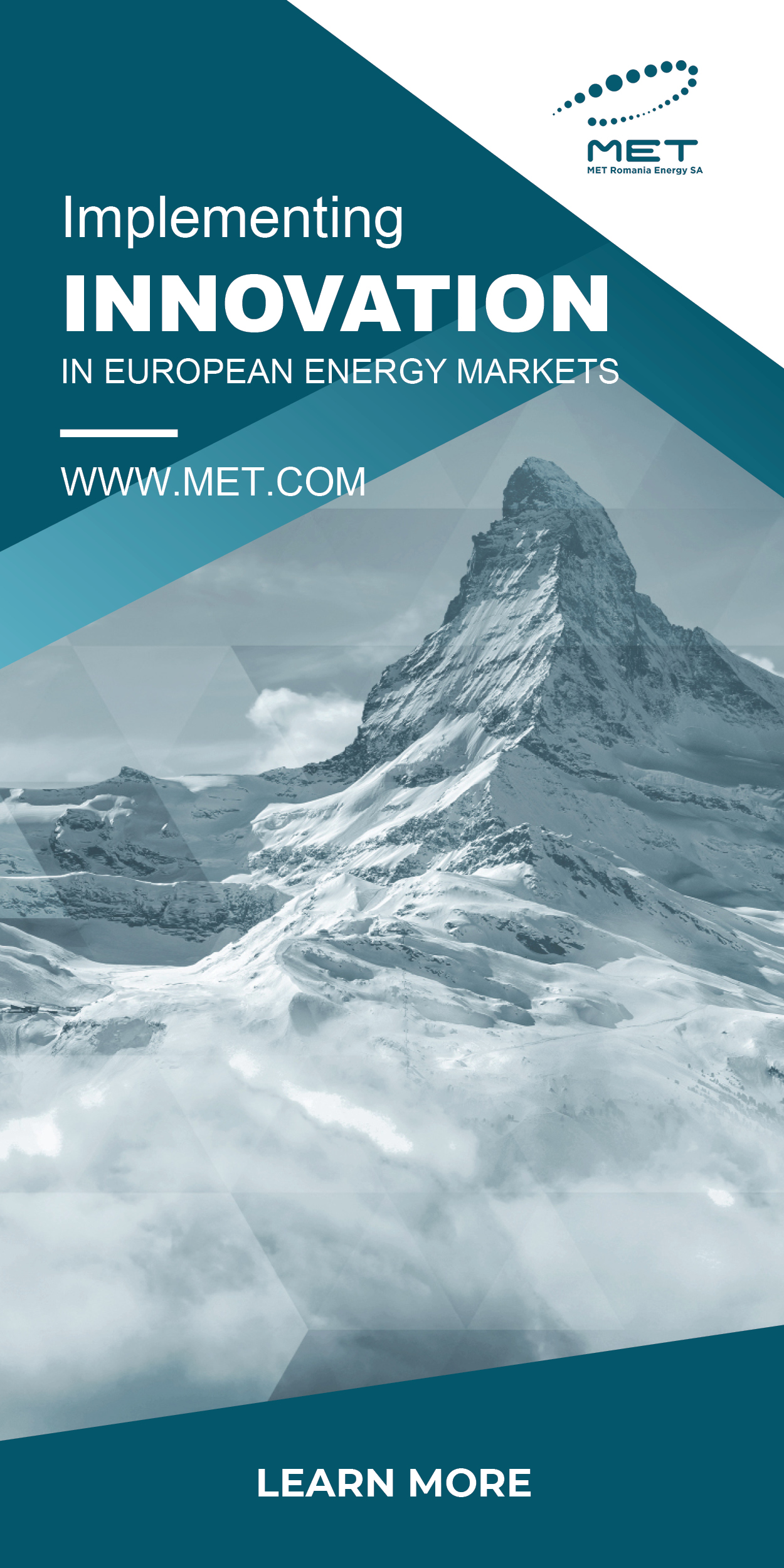 MET succeeds in striking a balance between risk and opportunity

You’ve also said in no uncertain terms that vertical integration is very important for a company to survive in this country. Could you elaborate a bit more on that aspect of the company?

In coming to MET, I convinced top management that, while being the supplier may be the traditional way of doing things, being a supplier that’s backed up by a production capacity is more sustainable. This concept of vertical integration was accepted by the group and now we’re working on defining how to accomplish this. The idea is to have a gas-fired powerplant combined with a renewable power source such as wind or solar energy. It is a new idea for MET Group, but this is the beauty of the group. It’s very fast and flexible in adapting to new ideas.

Has vertical integration been implemented elsewhere in the MET group?

Yes. For example, solar power was implemented in our subsidiary in Hungary, and wind power has been implemented in Serbia. So, the group as a whole is now moving in this direction.

What differentiates MET from other energy companies?

I’ll tell you a story. In 2010, which was MET Romania’s first year and before I joined the company, the company president at the time came to the country and wanted to meet some actors in the field. So, I was invited to meet him and he asked me what I thought about the opportunity for growth in the country. I explained there was a sizeable opportunity because all of the major players are afraid and they try to minimize risks as much as possible. But I said that if he could find the balance between risk and opportunity—and sway a little on the side of opportunity—then he would be able to accomplish growth. And that’s exactly what he did. When I joined MET, he actually remembered me from that very meeting. Now, MET succeeds in striking this balance between risk and opportunity.

How would you define these opportunities? How do you take advantage of them?

For example, when an acquisition comes up in the market, we’ll take no more than two months to decide and act, while other companies will need one or two years. So, we can move faster. And the integration may prove a little more painful than the acquisition itself, but you just have to find a way to get through it, as we did with our acquisition of RWE.

That’s where our flexibility proves so important because the idea has to be presented to the board: if they take three months to respond, the opportunity will have already passed. But we’re all about managing the risk in such a way that does not block business, and this flexibility is MET’s main tool at the moment. It is also a merit of the MET Group’s president that decisions are made so quickly. We’re a young company at 10 years old, but we’re already present in many markets.. Nobody knew about us here in 2015, but now we’re in the third position. And while it may be quite easy to rise up to that position, it’s quite difficult to keep that spot. 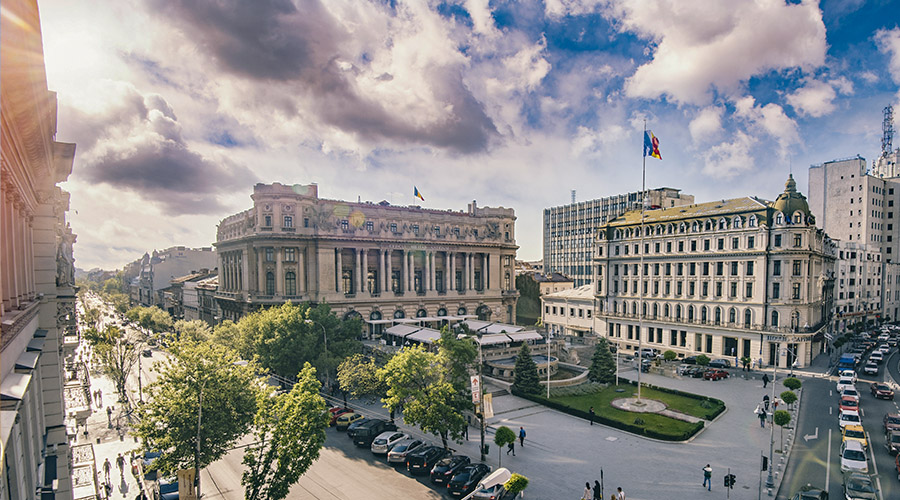 Moving forward, how do you envisage the balance between gas and renewable energy?

MET will be conducting more analysis before taking a decision about which direction to go in. Right now, there are the new sources from the Black Sea to focus on, which is still quite an unclear situation. MET is on the lookout for these sources but you can’t exploit the whole production because the capacity is limited.

So, my idea was to develop the production capacities because you can eventually exploit the gas but you can also exploit the power from the gas, and this is one direction we are looking into. The second direction involves the national plan surrounding energy and climate change, and the aim to increase renewable energy usage from 25 or 24% to 34%, and we are capable of doing this. So, I see Romania developing in these two directions: gas and renewable energy.

I see nuclear energy and hydropower, with their natural advantages, playing major roles in the future as well. And in gas, of course, we have the CCGTs (combined cycle gas turbines), which represent the future of both power production and heat, which is a big, unresolved problem for the big municipalities. CCGTs are the solution.

Would CCGTs be something for MET energy to go into?

Yes, we are actively getting involved in this—we’re getting our foot in the market and we have the capability to build a team with the necessary equipment. And there’s even interest from Germany in both supplying the equipment and actually producing the equipment here if we amass a certain number of engines.

So, would you then embark on a joint venture or you would be the off-taker of these engines?

In this respect, we are open. I’ve mentioned the flexibility of MET group, and we are flexible about being a majority or minority shareholder. We also have the capacity to supply equipment or to actually manage the supplies of gas, etc.

How do you see the balance between residential users and industrial customers?

I can tell you that right now we are focused on industrial users, and we are investigating how to secure a large portion of residential customers. Two months ago, the “supplier of last resort option” was legislated for three regions of the country. This will allow us to take on all the residential customers that are not being supplied for whatever reason. We are ready but the process will be painful until we reach at least 100,000 clients, and the faster we can reach this target the better. In the future, I see us having 40% residential and 60% industrial customers.

Nobody knew about us here in 2015, but now we’re in the third position

Have you also begun to offer green energy to both residential and industrial clients?

Yes, although providing green energy to residential customers is still quite a new idea. Well, the idea is old but the implementation is quite new. Last year, the main problem was how the minister of finance will tax this energy because they will be both suppliers and off-takers at the same time. This has now been solved—there are subsidies for this. We are present in this area, we are offering these services, and we can install photovoltaic panels for both residential and industrial customers. We already have EV chargers for electric cars as well: we have our own suppliers and we are prepared in this area. MET Romania is NATUREPOWER certified by TÜV Rheinland for 100% renewable energy with zero CO2 footprint.

You’re not afraid that you will lose their consumption by giving them solar panels?

And where would you like MET Romania energy to be in five years?

Firstly, I’m not thinking about our market share or position. While these are important, I’m looking to advance the company’s vertical integration, consolidating the portfolio and services, and putting the production in the center. The team I build will be essential in this. The system, the money, and the group are important, but the team is crucial. In fact, our company was just named as one of the best 100 employers in Romania so we hope to continue attracting great talent.

Where do you see opportunities for investors looking at the Romanian energy sector?

Also, we need to heavily invest in gas in Romania – we have an important source and can be a supplier for Europe. The gas industry is currently far behind other industries when it comes to regulations—by three years at least. But when these regulations reach a normal level, there will be a lot of opportunities. And there are opportunities in renewable energy as well, especially since we’re aiming to jump from 24% to 34% usage.

Above all, Romania is a nice, stable country. I asked the president of my last company about what convinced him to put two big, coal-fired plants in Italy.  I was expecting an answer along the lines of “profitability.” But he replied, “It’s a nice country.” And Romania is also a nice country!

Related Interviews
CEO - MET Romania Energy
This site uses cookies for analytics, personalized content and ads. By continuing to browse this site, you agree to this use.OKREAD MORE