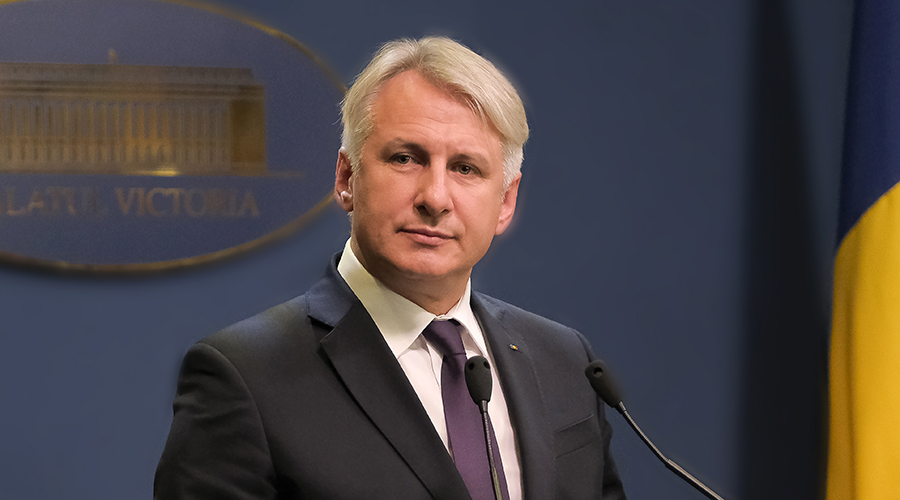 Romanian Ex-Minister of Public Finance, Eugen Teodorovici has a long professional experience of working in public finance and the administration of EU Funds. He discusses the impressive and deep structural reforms Romania has implemented to encourage private sector development in the country, the importance of the EU and Germany to Romania’s economic future, and how he plans to keep Romanians working in Romania and attract other Europeans to come and work in the country. Minister Teodorovici also discusses why as a Social Democrat, he sees liberal fiscal policy and private sector reforms as the key to creating strong social policies for the country.

You have been Minister of Public Finance since January 2018. What have been your milestones and what are your current priorities for the Ministry?

My first mandate as Minister of Public Finance actually came into effect in 2015. An important milestone for me personally and for the country is that in 2015 my team and I were able to pass the most liberal fiscal code in the EU. The effects of reforming the fiscal code became clear by 2017, as we saw the second highest economic growth in the EU, with nearly 7 percent. I’m particularly proud of this accomplishment as it was very hard to pass—only myself, the Prime Minister, and my team believed it was a good idea. The president, the fiscal council, the private sector, the banks, they were all against us. As a Social Democrat, supporting the private sector is important to me, because we need money in the budget in order to pass the social policies Social Democrats care about. In terms of current priorities, we’re working on the issue of brain drain in the country. We need to create the right fiscal conditions for Romanians to want to return to Romania and for other Europeans to want to come to Romania. We have to increase the quality of life here so that it becomes attractive. To do that, we need to focus on social policies such as education, health, and the environment. I’ll be pushing my colleagues in government to spend in these areas.

How do you see the absorption of EU funds, as it pertains to infrastructure development?

I previously served as the Minister of EU Funds, so this is a topic I know well. We were the first in the EU to absorb about 95% of the total amount during the accession period. Our challenge was that we were not able to capitalize. I spent a lot of time fighting the system and set up a new system with my colleagues that unfortunately was not utilized in the post-accession period. When I came in, I said that Romania was able to achieve 80% absorption of funds, and no one believed me. This was based on my expertise working in this area for nearly 30 years. My team analyzed the figures and facts and came up with that number. In reality, we went even higher, at 95%. Even now, I’m not satisfied with our absorption of EU Funds. I know we can do even better. It is important for Romania to capitalize on being a member of the EU.

Romania currently holds the EU presidency. How much is this an opportunity for the administration to show its capabilities to European partners and the wider world?

The number of files we’ve closed under our presidency is bigger than the previous ones put together.   I was involved with the 2002 Spanish presidency when I was in our embassy in Madrid. The Spanish presidency was tremendously successful. We’ll see how we perform by the end of our presidency. We’re certainly at an advantage being at the end of the mandate—it incentivizes people to want to close files. In the last few months, we want to be sure we’re bringing Romanian interests to the EU and vice versa. 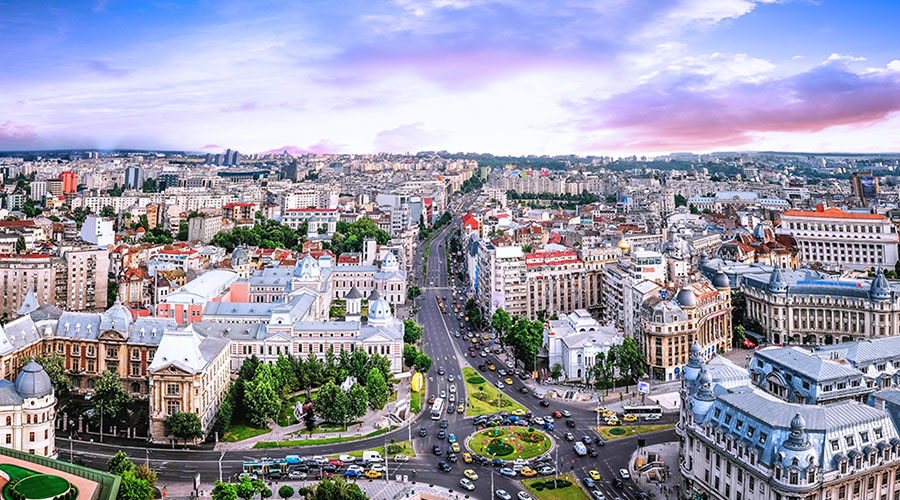 We’re linked with the EU mostly through Germany; they’re our largest trade partners.

Tell us about investments from Germany.

Investments from Germany are very welcome in Romania. We are doing our best to support the Romanian economy through investments in the private sector. We work with big investors on a case-by-case basis. We share our legal framework with them and discuss what they are bringing to the table and try to find a place to meet. Our legal framework is familiar to European investors who work in the European legal framework. My philosophy is that we don’t have to fight for space in the economy with the other Member States, we just have to do certain things better than the others and identify our niche. We want to advocate for Romania, and to have a stronger voice in the EU. I’m really happy with all the German investment in Romania. We’re linked with the EU mostly through Germany; they’re our largest trade partners. Our trade with Germany is almost balanced, although I would like it to be positive. We have a lot of mutual respect with Germany. One of my foundational principles in my role is that I always uphold my commitments, even if they aren’t advantageous to me in the end. I think my German interlocutors appreciate that.

How do you see Romania’s place in the EU and in other Western alliances, such as NATO? What do you see as Romania’s future role in these organizations?

We’re pro-EU and pro-NATO. Our national opinion polls reflect that, as does our government’s position. Romania has the fourth lowest public debt in the EU. We’ve exhibited sustainable growth. One of the things I have been pushing in the EU is a reassessment of Romania’s credit rating. I’ve been discussing it with my EU colleagues. The only sensitive issue is the Romanian current account deficit, which is 4.5%, although this still does put us under the 6% threshold. It can be kept under control and decreased further. Eventually I want Romania to be a member of the OECD and had meetings in Washington recently to that effect. I’ve also asked the French Minister for a support letter for our membership and discussed it with my German colleagues. By 2024 we’ll adopt the Euro. There’s a clear government plan to get there on that timeline and plans to join the Schengen Areas as well.

Starting in May, we’re introducing a very nice investment package for the private sector, including things like fiscal amnesty for local and foreign companies that have debt to the state

Starting in May, we’re introducing a very nice investment package for the private sector, including things like fiscal amnesty for local and foreign companies that have debt to the state. We’re going to wipe out penalties and interest and only hold companies responsible for the principle. If they pay in thirty years in small amounts, so be it. We want to make it easy for companies to succeed here. The negative capital of the companies here is about €35 billion, so we are going to say in that same package that they have to decide on whether to take out loans or increase the capital of their company. The IMF has been asking us to implement this for a while. We also have created a new insolvency framework to help companies in that situation, there’s about €1 billion in insolvency in the country currently. For me, the private sector is the most important piece of the puzzle of the economy. I’m going to be pushing my colleagues in government to reduce public expenditure, including the reduction of salaries, so we can be more efficient. It will not be popular within the government, but the public sector cannot be making more than the private sector; it does not promote private sector development when the economy is structured that way. We want to encourage people to go into the private sector. It will be quite a liberal approach for a Social Democrat, but we will see how it is received. I need to get support from some of the older EU Member States on this. These changes in Romania will be good for the EU as a whole. If we continue to be less developed, a crisis will eventually hit Romania and it will impact all of the EU. Romania’s future impacts everyone. Our social and economic cohesion needs to happen at the EU level.

Related Interviews
Ex-Minister of Public Finance
This site uses cookies for analytics, personalized content and ads. By continuing to browse this site, you agree to this use.OKREAD MORE